Now what I’m about to share with you is the exact same strategies that I’ve used to attract candidates to business and for the best online marketing and lead generation advice specifically for the staffing and recruiting space.

Everybody’s using the same strategy and the main strategy that everyone is using is through LinkedIn recruiter which is incredibly expensive but it’s you know obviously it’s expensive for a reason and it’s a tool that works.

You May Also Read: 5 Resume Mistakes To Avoid To Get into a Job Interview

So the way to actually open  somebody up is actually to connect with them and so that’s the first thing is rather than  just sending out cold emails and or called inmails to people, reach out and connect and add  those people to your network.

You’ll have a much better response from that individual and then once you actually connect with them now you’ve opened up your ability to send them messages through messenger campaigns.

The first way I recommend is that you follow up and send them a message at the very least the day after you connect with them but don’t pitch your job yet just introduce yourself.

Then a couple of days after that, that’s when you might want to come into and sell them on the opportunity.

The next tip is once you connect with them and you add them to the network and then you start to message and engage with them.

Knowing that a lot of your markets and more in some markets than others, you’re talking about people who are getting recruited often in some cases.

And so how do I cut through the noise well I got to show up and be different I got to know you know and there’s a lot of other things that you can work on with your positioning but ultimately if you send a voice note rather than just sending another generic written message you might get the attention from that prospect and you might even get at least the response that you’re looking for.

And you know, who’s not going to open up a video that has a picture of them and their LinkedIn profile on it.

You May Also Read: Difference Between a Resume VS CV (Curriculum Vitae) Explained

So that’s another little cool strategy that you can use.

The last one is being willing to go a little bit more all-in on the promotion of the roles that you have.

And by doing more video type of posting, I know many people will just do a generic post like ‘hey you got a new software engineer role in California, reach out if you’re interested.’

There’s just a lot more opportunity than doing those generic things like that and video is one of those things that does two things.

So first and foremost it’s not so much to source somebody for that specific role it’s just really to build your brand around the type of recruiter you are.

Let people get to know your personality and if that role’s not a fit they may reach out in the future.

But what you’ll find if you show up with great energy and you do these things consistently is that you’re going to get good quality people to reach out to you.

That may or may not be a fit for that specific role but will be in other roles.

So it’s much different than an ad this is more of you connecting with your audience by sharing your role by having excitement around your role and the consistency of that is where people are really going to start to know you.

As being the expert recruiter in that space if you start to do similar type of roles so those are the three tips that I have that you can do for sourcing on Linkedin outside of the traditional Inmail method.

So again just to kind of recap for you really focus on connecting and building your network with your candidate before you know kind of sell them on the job.

Just send them more of a generic uh connection message and welcome and thank you for their message to get their guard down and then consent in next step was our next tip was to consider using either the LinkedIn messaging feature or the video options that are out there and send people video or messages through the phone and then the last one was going all-in on video on the actual platform on the feed to promote the roles. 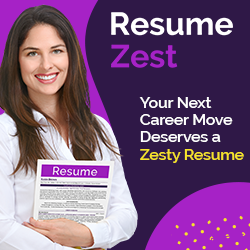 Get all latest content delivered to your email a few times a month.
We use cookies on our website to give you the most relevant experience by remembering your preferences and repeat visits. By clicking “Accept”, you consent to the use of ALL the cookies.
Do not sell my personal information.
Cookie SettingsAccept
Manage consent

This website uses cookies to improve your experience while you navigate through the website. Out of these, the cookies that are categorized as necessary are stored on your browser as they are essential for the working of basic functionalities of the website. We also use third-party cookies that help us analyze and understand how you use this website. These cookies will be stored in your browser only with your consent. You also have the option to opt-out of these cookies. But opting out of some of these cookies may affect your browsing experience.
Necessary Always Enabled
Necessary cookies are absolutely essential for the website to function properly. These cookies ensure basic functionalities and security features of the website, anonymously.
Functional
Functional cookies help to perform certain functionalities like sharing the content of the website on social media platforms, collect feedbacks, and other third-party features.
Performance
Performance cookies are used to understand and analyze the key performance indexes of the website which helps in delivering a better user experience for the visitors.
Analytics
Analytical cookies are used to understand how visitors interact with the website. These cookies help provide information on metrics the number of visitors, bounce rate, traffic source, etc.
Advertisement
Advertisement cookies are used to provide visitors with relevant ads and marketing campaigns. These cookies track visitors across websites and collect information to provide customized ads.
Others
Other uncategorized cookies are those that are being analyzed and have not been classified into a category as yet.
SAVE & ACCEPT